Photos showing train on a curve between Douglas and Alstown.  The late John P. Henderson took these pictures on the afternoon of October 28, 1983 while the train was making its return trip back to Wenatchee.  Next and last stop will be Alstown to pick up a few box cars filled with wheat.  Daling Farms is just across the creek from this train. 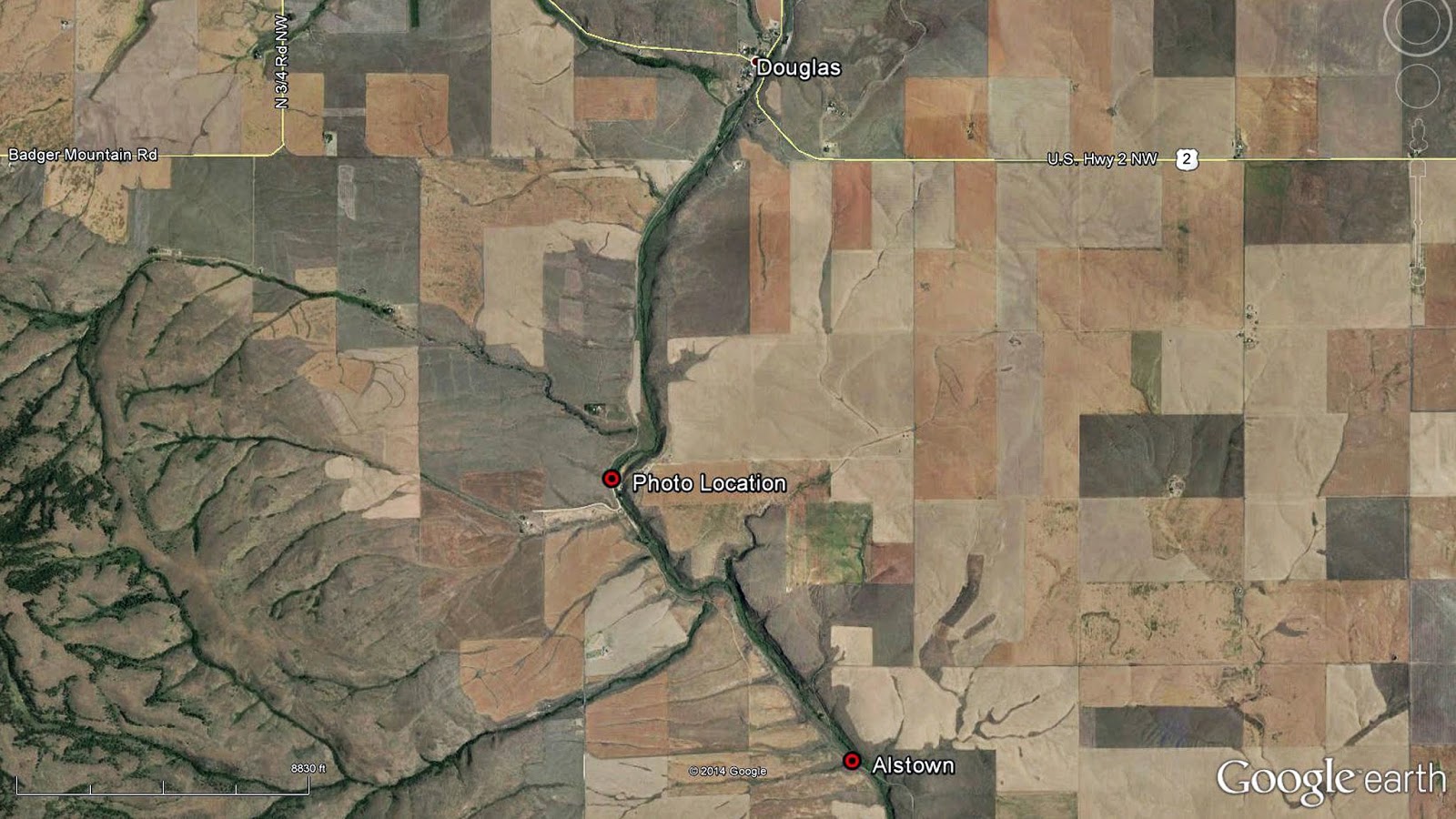 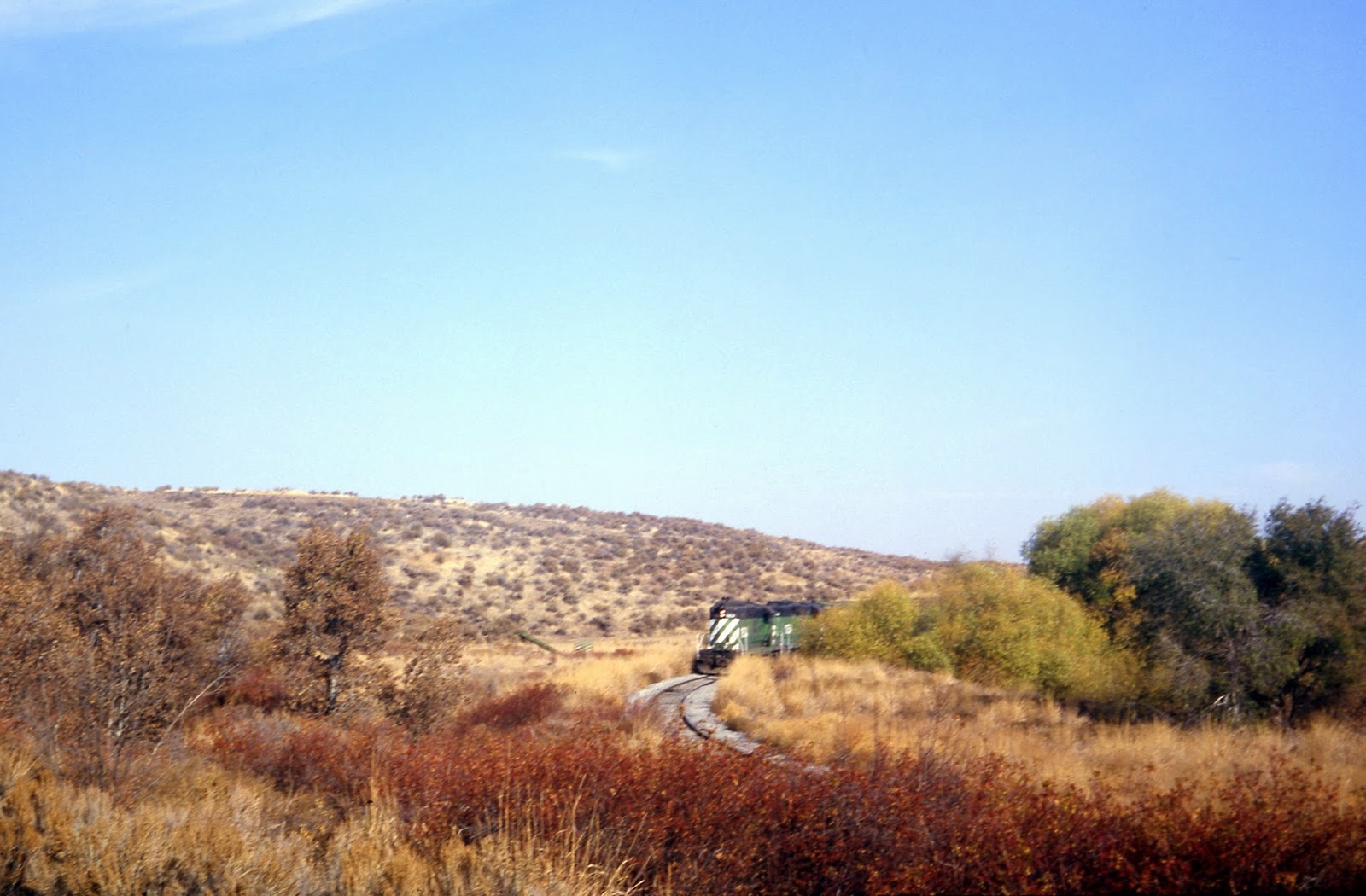 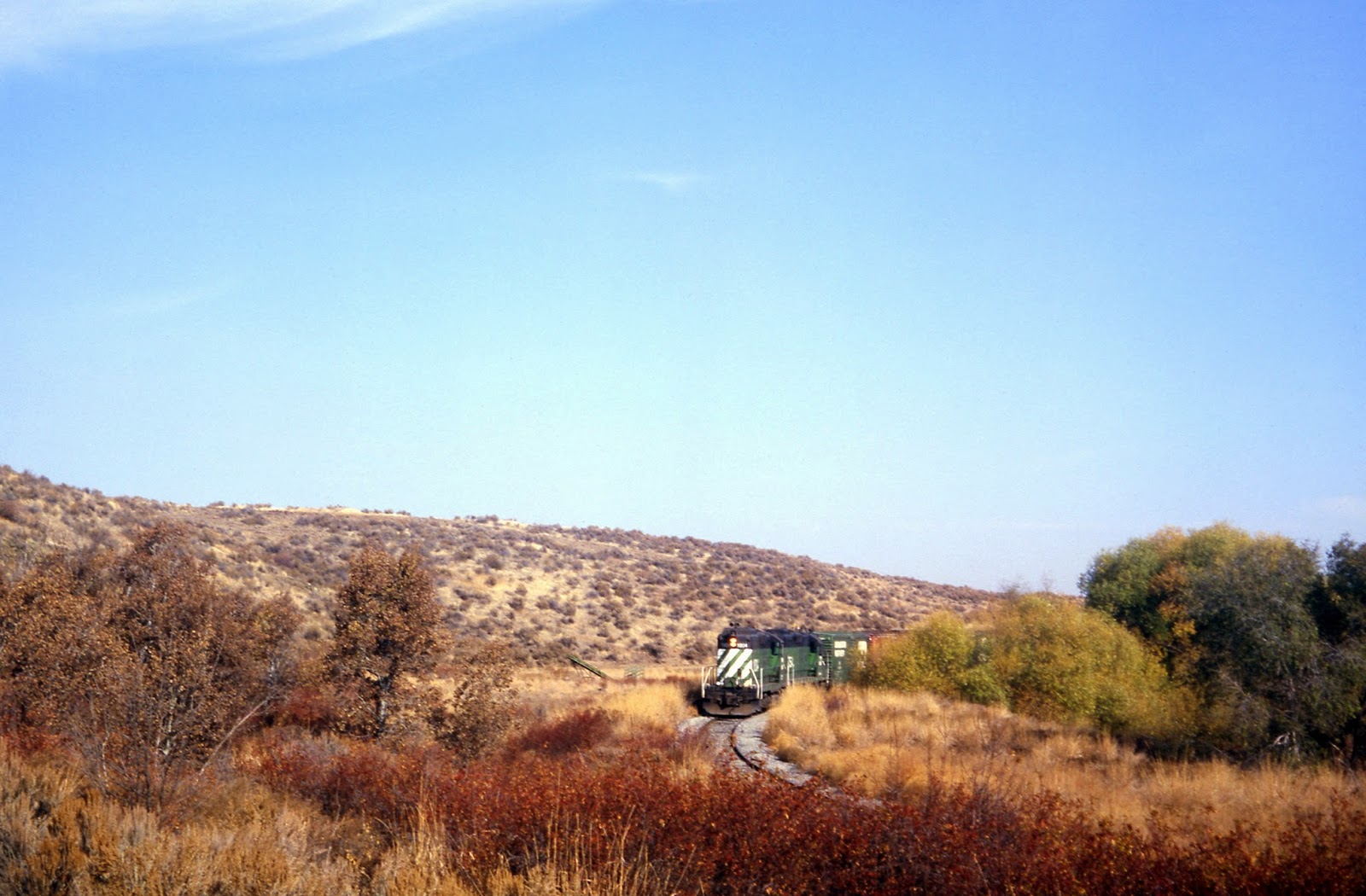 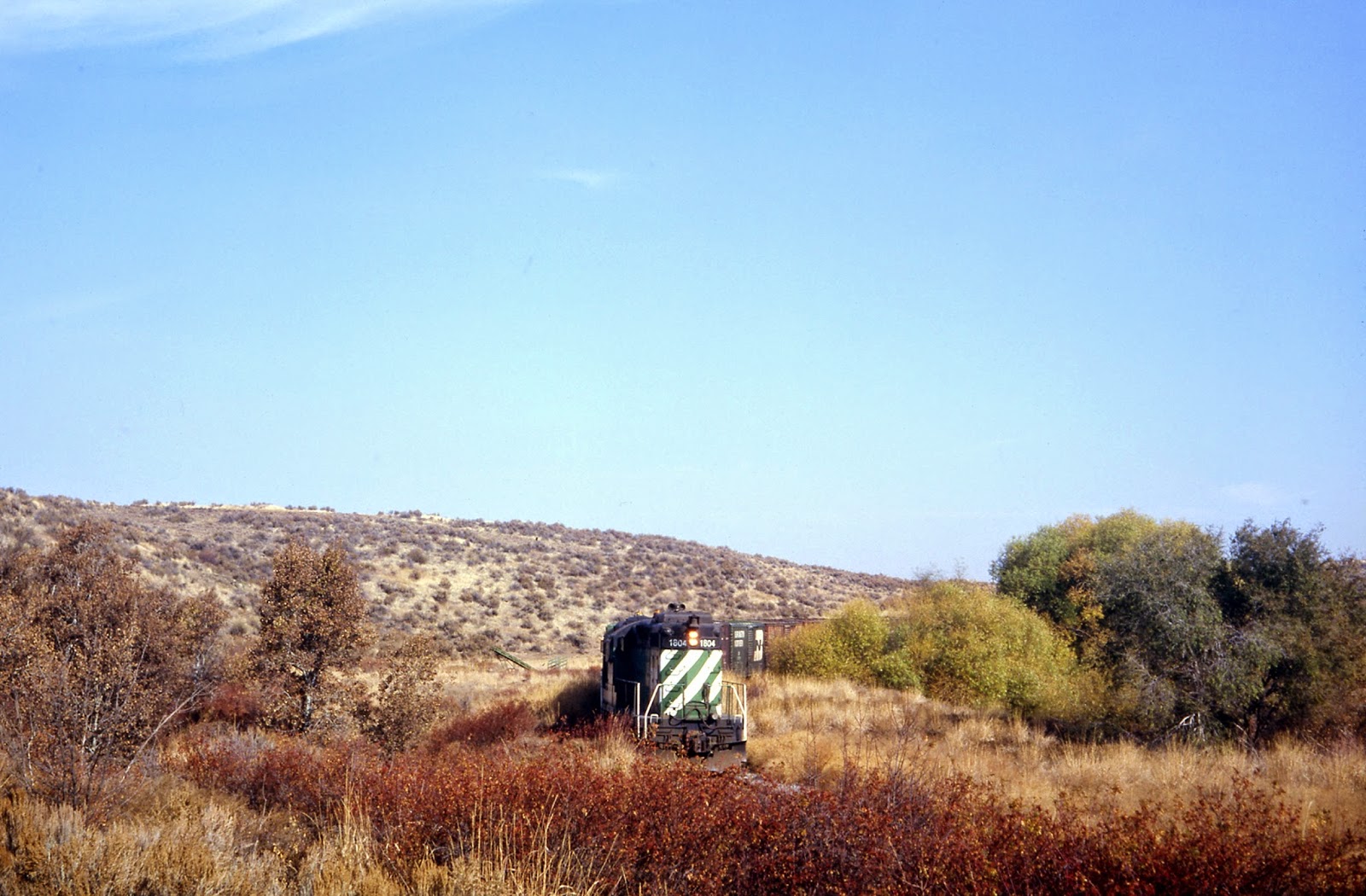 This Mansfield Local rests in the early morning hours next to the Wenatchee Depot ready to make the trip up on the plateau. In about 4 to 5 hours this small mixed train will reach Mansfield and make the return trip in the afternoon. 1945 photo.


This locomotive #1163 was built by Rogers Locomotive and Machine Works in September 1902 and scrapped in 1954. Classed as an F-8. After 1908 it was classed and F-8S once it was equipped with a superheater. 2-8-0 wheel arrangement. 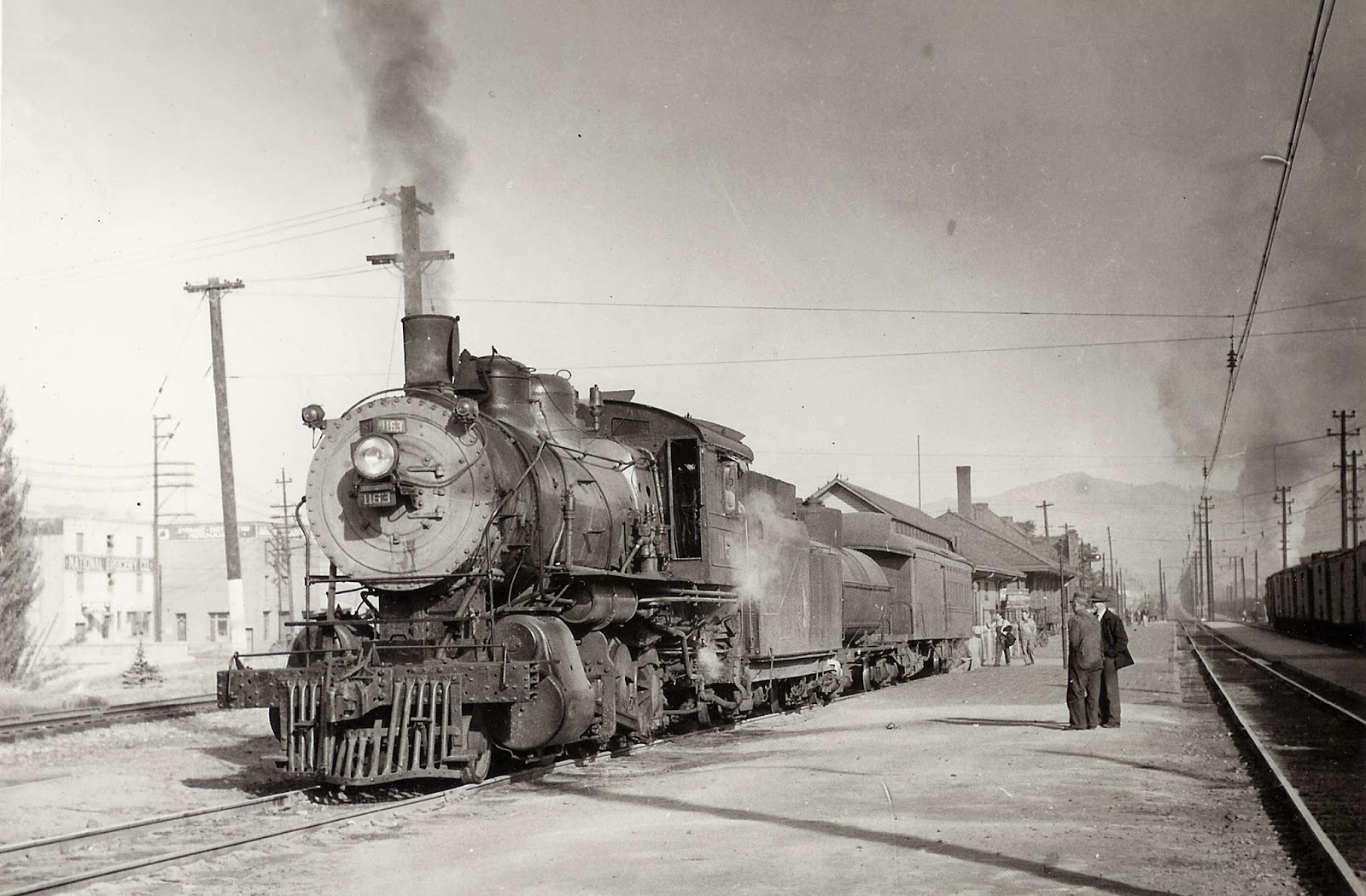 No. 553 was a Class F-1 locomotive with a 2-8-0 wheel configuration.  This engine was built in September 1896 by the Brooks Locomotive Works and placed into service by the Great Northern Railway as No. 487.  GN later changed its number to 553 and then 899.  This locomotive was used only for the construction of the Waterville Railway and never place into service.  It was retired in Feb. 1930 and scrapped in 1932.  This engine was never owned by the WRY Co.   Information from the Great Northern Railway Historical Society Reference Sheet 108.  Great Northern's Mansfield Branch and the Waterville Railway. 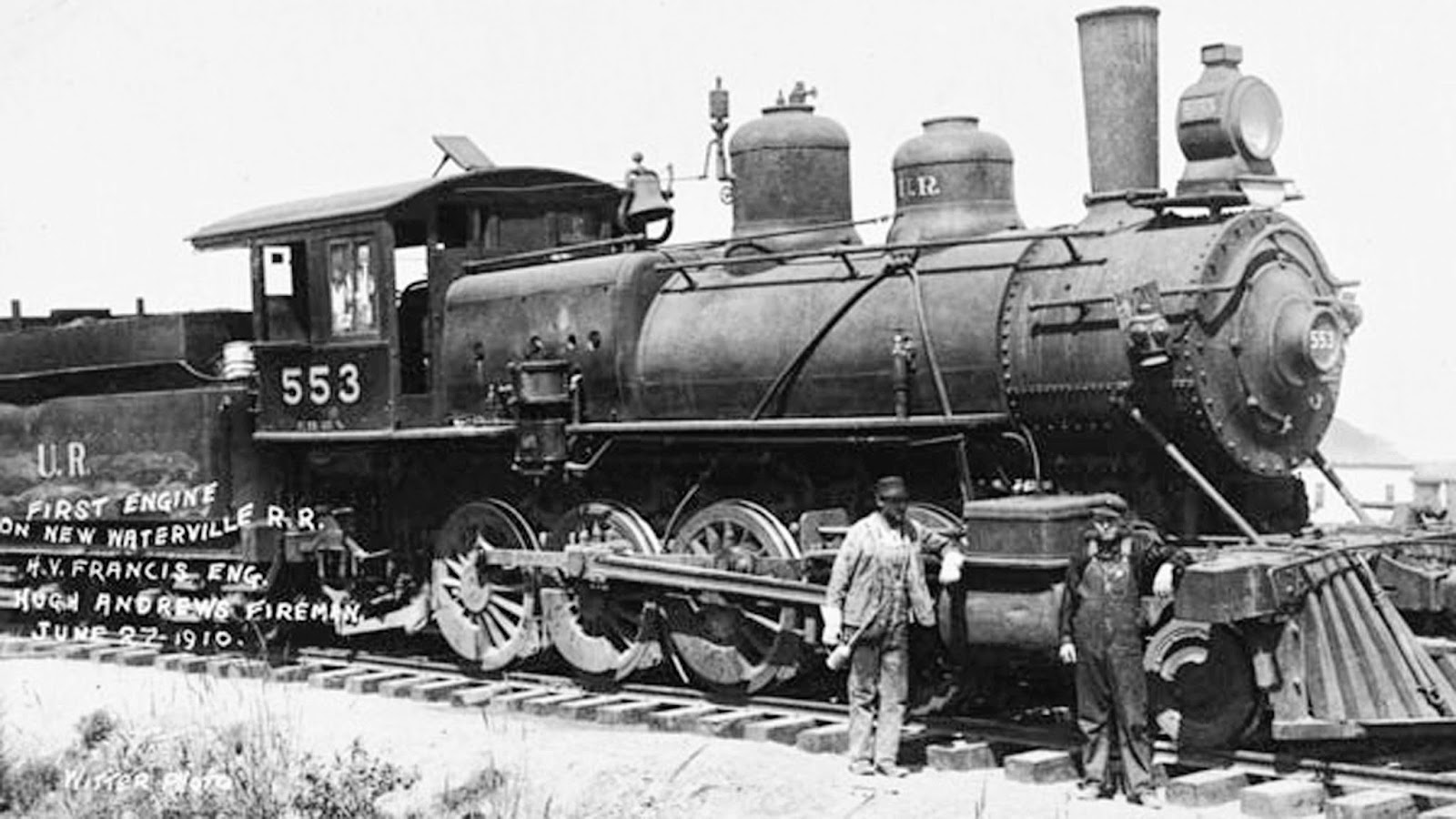 Collection of station sign pictures from the MB Line.  Station signs not pictured are Moses Coulee, Appledale, and McCue. 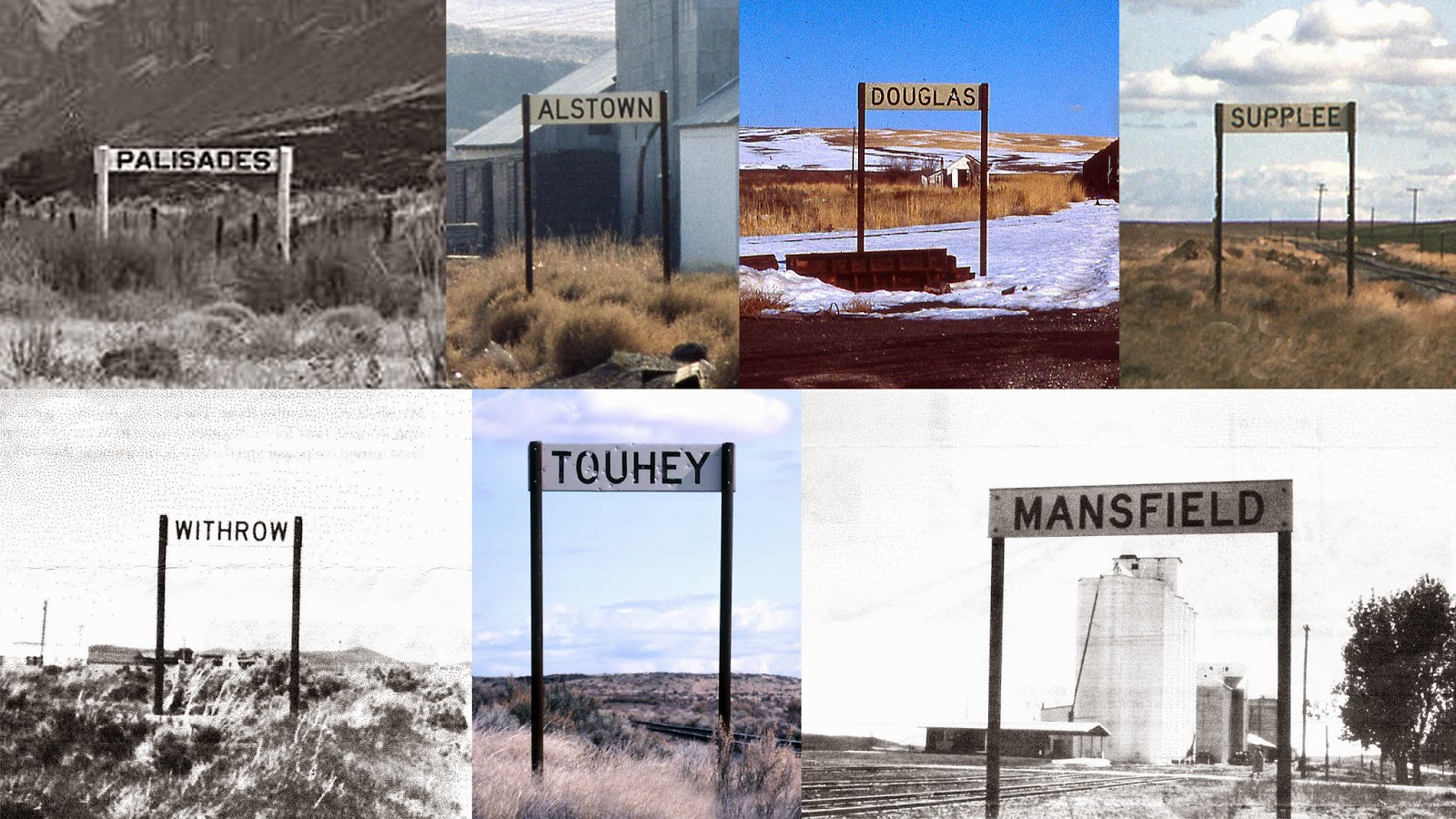 I was able to acquire this great piece of MB Line memorabilia over the past weekend. This station sign from Mansfield had been residing in a trailer park in Waterville and was just recently visible from the road. I contacted the owner of the park within hours of my brother discovering the sign, I purchased it.   This sign is of Great Northern Railway design and most likely dates back to the 1950's or 1960's .  Great find to add to our collection. 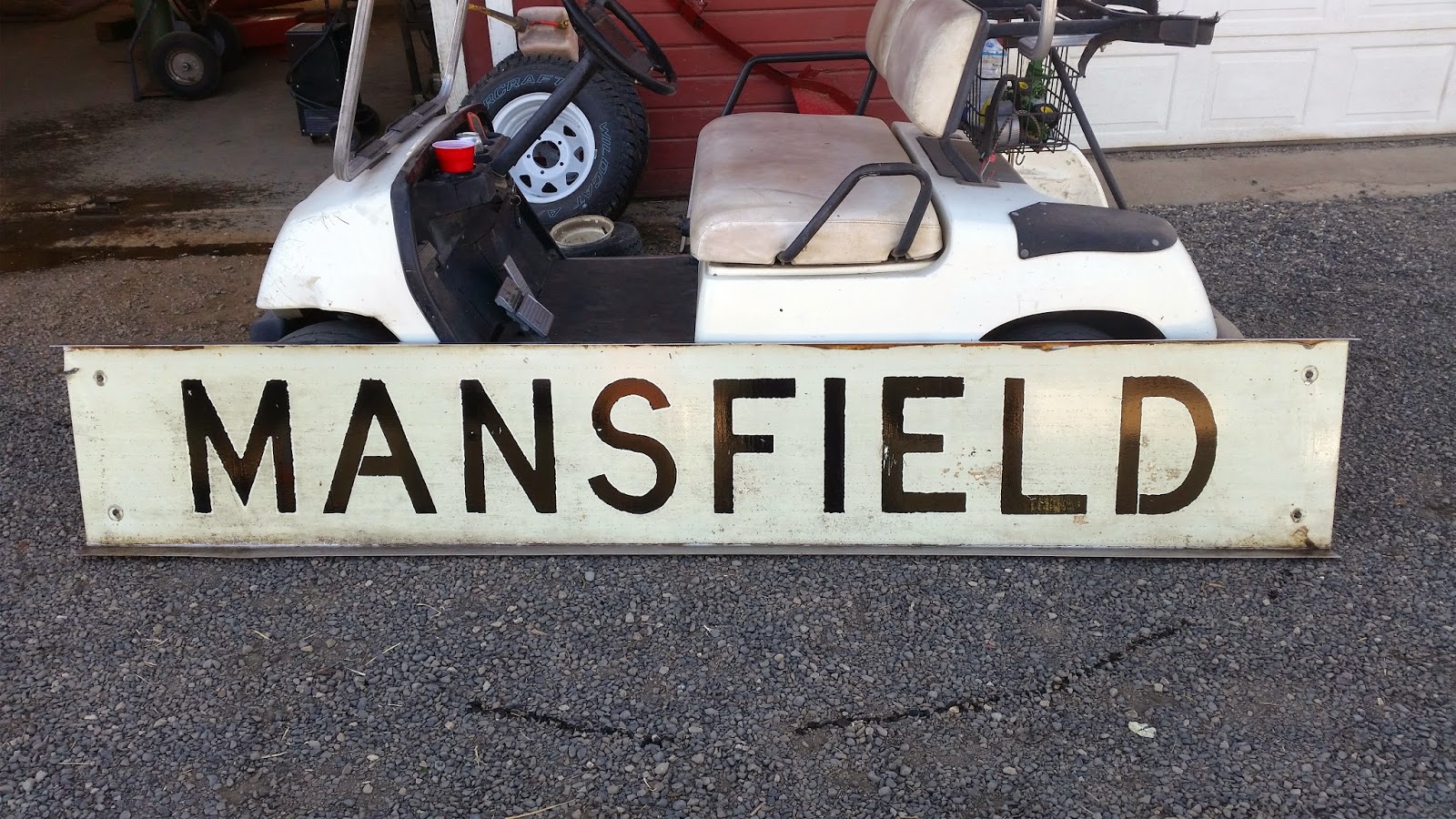 Below is a Great Northern Railway Standard Plan for a typical station sign.  Drawing is dated 1960.  Drawing was then revised in 1964.