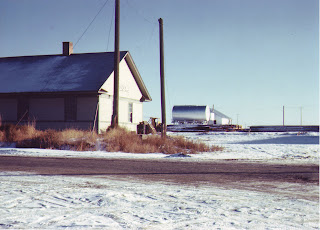 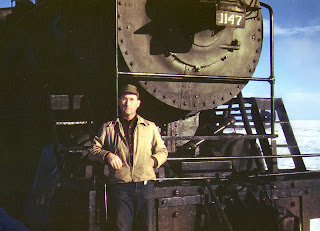 Henry Gallaher standing next to GN loco #1147 in Mansfield around 1947. This locomotive now sits at a park in Wenatchee Wa. 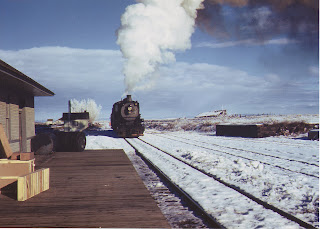 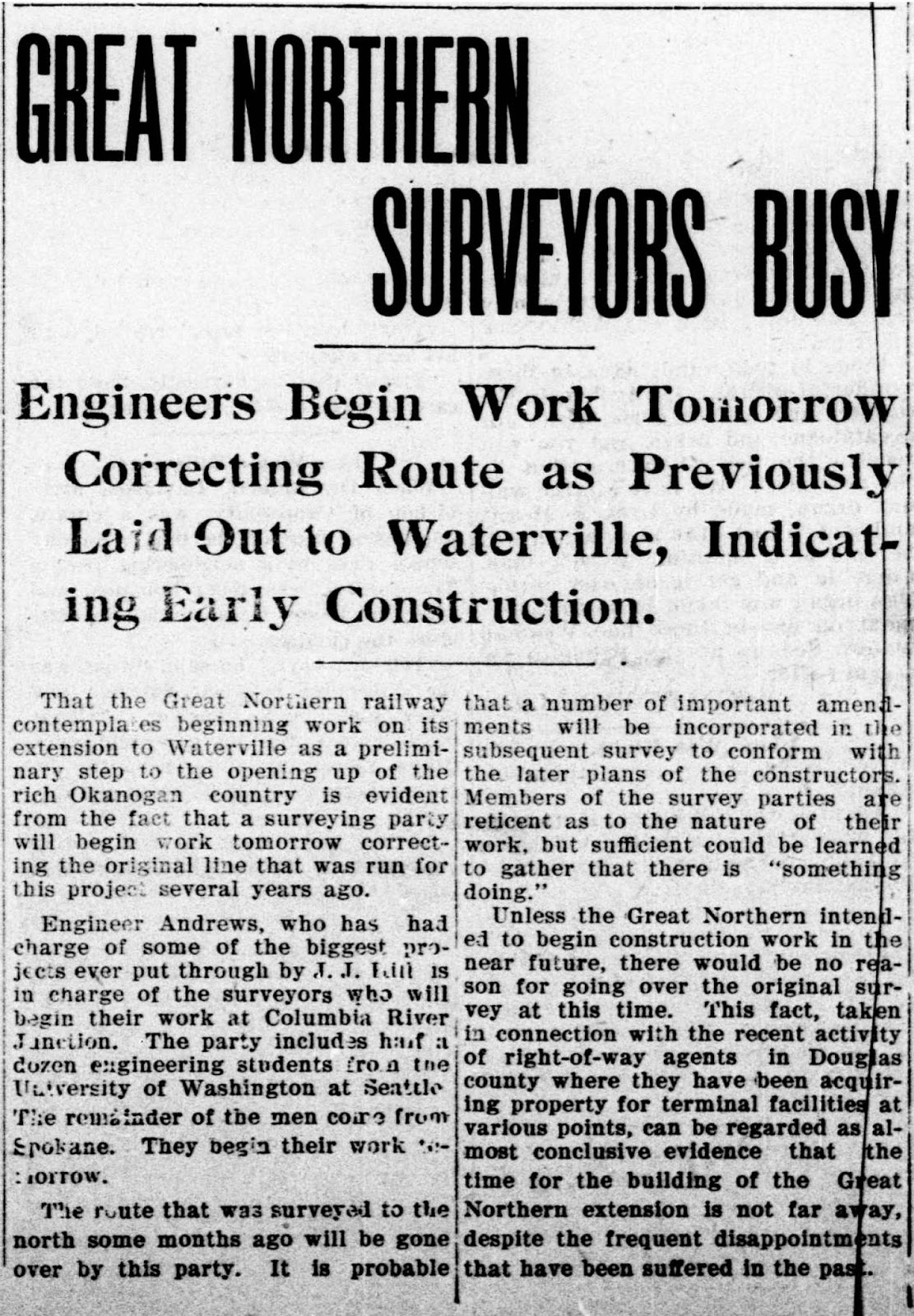 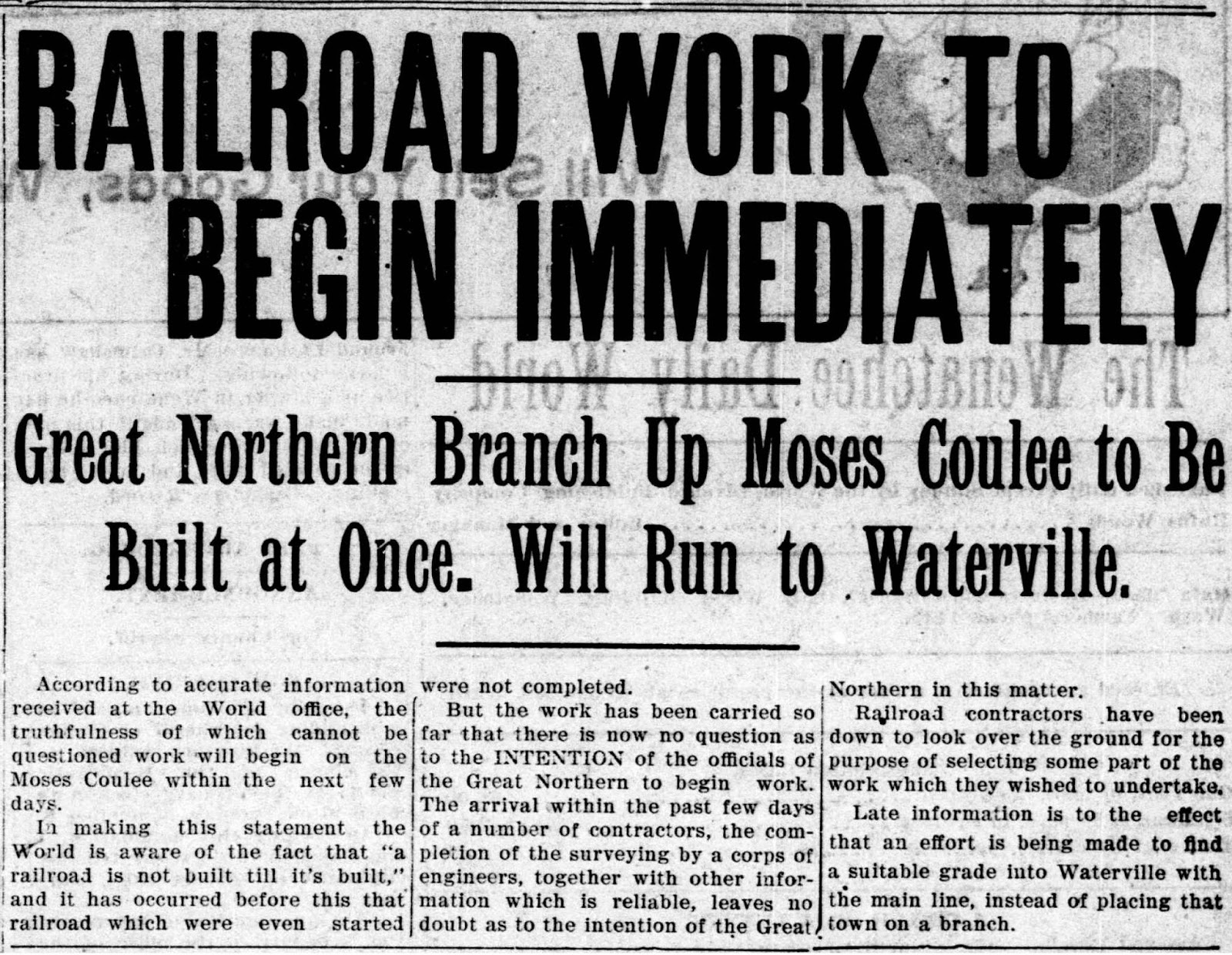 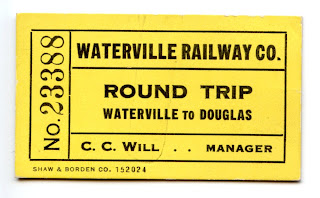 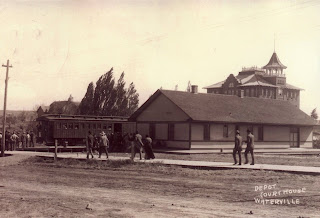 Douglas: Then and Now 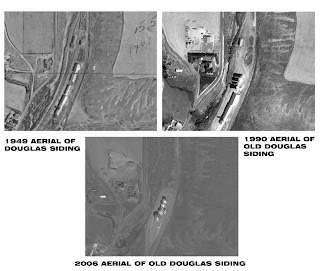 You can see the depot in the 1949 and 1990 aerials. This depot was one of the last Burlington Northern structures on the line until it was burned down in Dec. 1993.  It lasted almost 9 years after the line was removed. The structure just the the right of the depot on the 1949 aerial was used as an automobile ramp. It was removed in the early 70's.