Great Northern Railway maintenance flat car, #X4125 resting on the Palisades Siding next to a fruit warehouse. This car was probably getting ready for use, since the line needed many repairs during the spring months. Photo taken by Mac McCulloch on March 18, 1968. Photo provided by Bob Kelly. 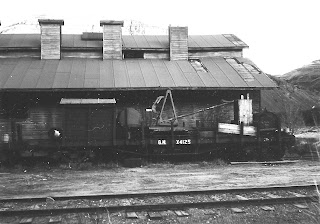 Great Northern Railway Wedge Plow, #X1584 parked at the Palisades Siding on March 18, 1968. This plow was probably assigned to the line to clear large snow drifts up on the plateau in late winter and early spring. Photo was taken by Mac McCulloch when he was just a kid. Photo provided by Bob Kelly. 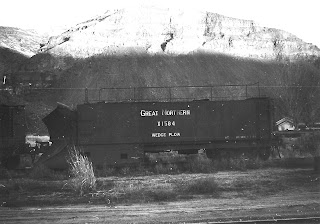 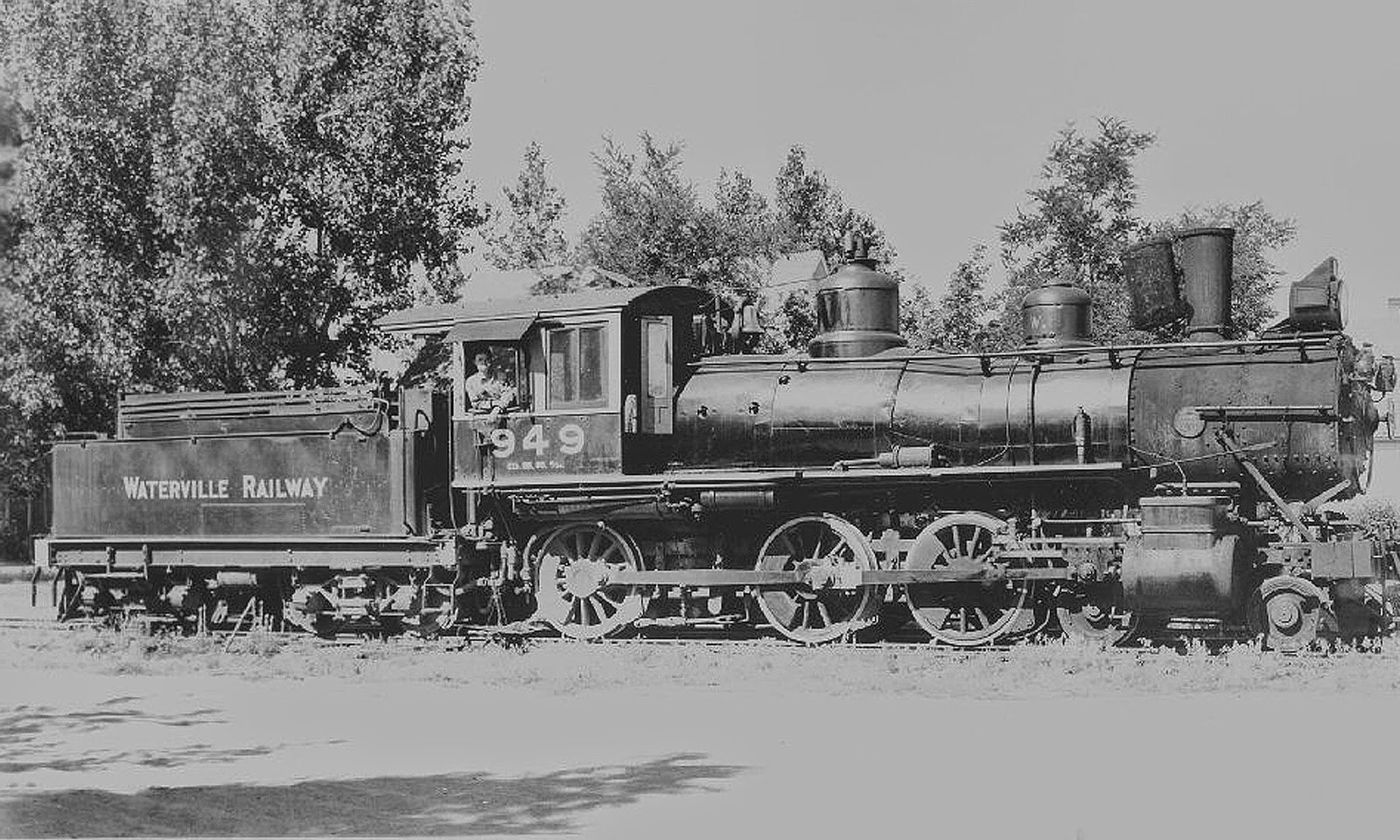